To engage young adults, who typically don't visit zoos, Art Processors collaborated with Zoos Victoria and a theatre company to create an edgy, immersive digital experience. Visitors themselves became the actors as they used a handheld device to follow one of four themed pathways around the zoo. Each told stories of the zoo and its animals, and interacted with live events, such as lion feedings.

Our technology powered the hour-long experience and encouraged visitors to stay connected to the zoo and its purpose for the long-term.

Zoos Victoria’s vision is to be a world-leading zoo-based conservation organisation fighting extinction to secure a future rich in wildlife. While this message was resonating with its existing core audience, an internal study found there was a key demographic missing from its community—18-40-year-olds who don’t have children. Our task was to support Zoos Victoria to communicate its important conservation message to this audience through a transformative digital experience, and it was just as important to hold onto the hearts and minds of participants once they left the zoo’s grounds.

Priced as a theatre event, there were high expectations which meant we had to deliver a flawless technology solution to ensure no visitor left unsatisfied. Extreme levels of quality assurance and reliability were required so visitors never experienced any technical issues.

The system had to be easily manageable by zoo staff as each tour needed to be changed nightly depending on animal health, weather, and visitor numbers.

Adelaide-based theatre company The Border Project wanted to use the “Autoteatro” theatrical technique, where a participant is given instructions and a second participant is told a story to match up with the first person’s movements. We had to ensure our application could support this technique by ensuring every device was precisely time synchronised.

Zoos Victoria wanted participants split evenly for each of the four tours, so the system had to be designed to allow a select number of visitors to choose their desired tour and then channel overflow demand into other, still open tours. 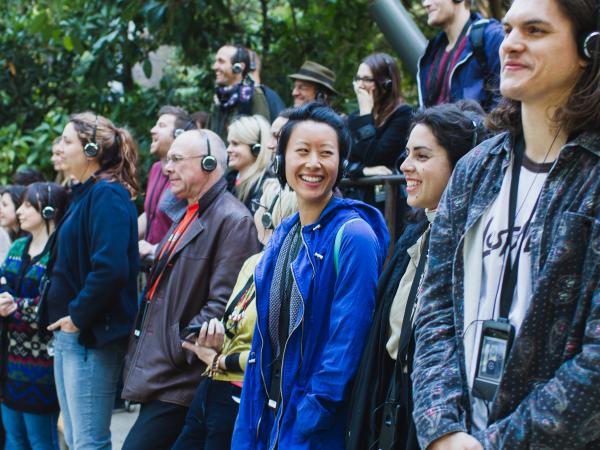 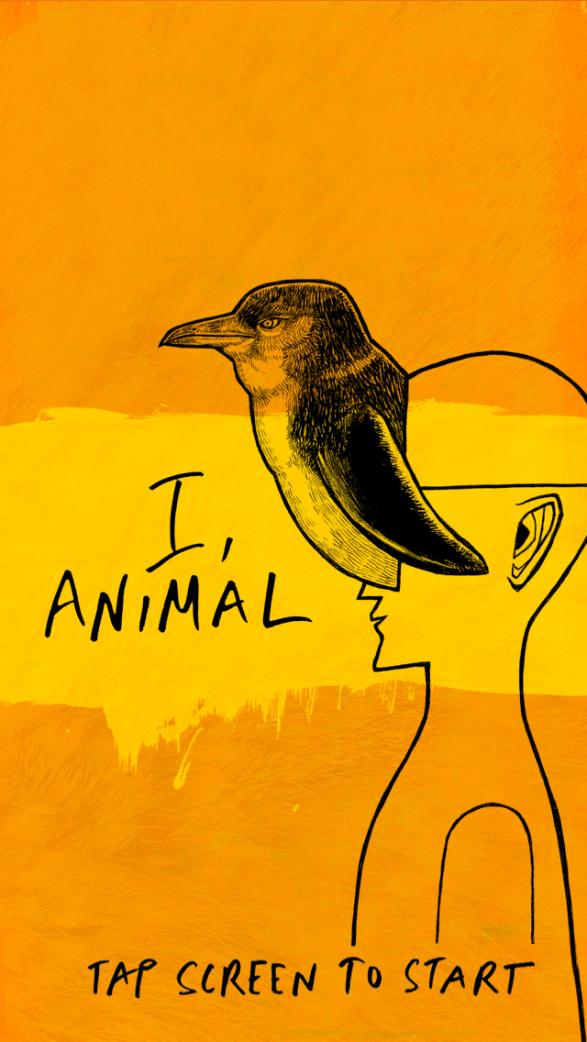 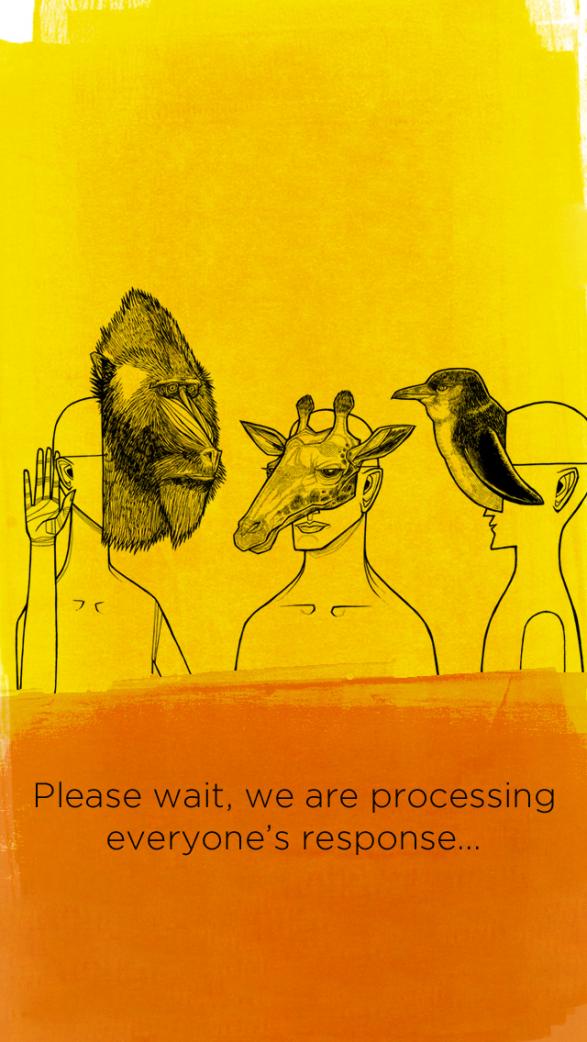 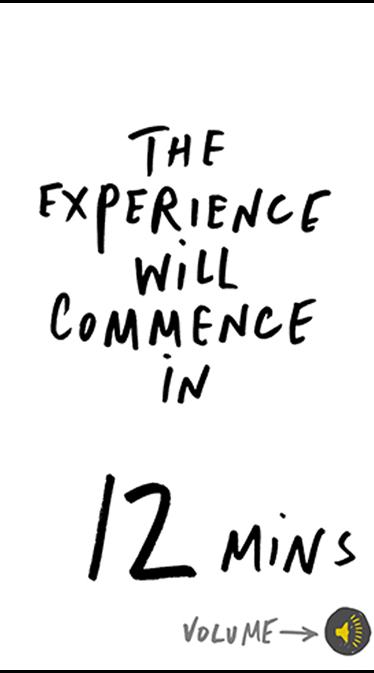 We partnered with Zoos Victoria and The Border Project to create I, Animal. Part audio tour, part experiential event, it was a unique, theatrical, adults-only interactive digital experience. A bit dark and a bit edgy, it ran daily on summer evenings for groups of up to 200.

On arrival, participants were handed an iPod touch and split into four groups, with each group setting off on a different themed tour framed around four “star animals”—the monkey, elephant, penguin, and giraffe. Participants listened to stories focused on conservation messages associated with the animals they passed along their route—stories about the harvesting of palm oil destroying the habitat of Sumatran tigers, and the mining of the mineral coltan in the home of the lowland gorilla. The night concluded at the zoo’s vintage carousel where visitors could enjoy a drink at a pop-up bar, a mix of ’80s and ‘90s hits, along with carousel rides.

We developed a custom application for iPod touch, loaded with content for the four different pathways. The app guided groups along their route, telling stories, displaying images, and instructing participants to stop in front of animal enclosures as they became actors in their own plays. 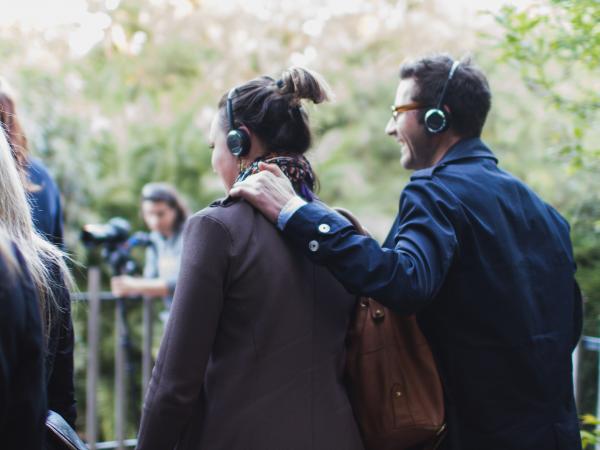 I, Animal has been a resoundingly successful experiment for Melbourne Zoo. Together, we have created a unique, immersive experience for adult audiences that allows them to meaningfully connect with the animals at Melbourne Zoo and reflect on their place in the natural world.

Interactions with animals were timed to each tour’s arrival, such as the feeding of a tiger coinciding with descriptions of how tigers stalk their prey. 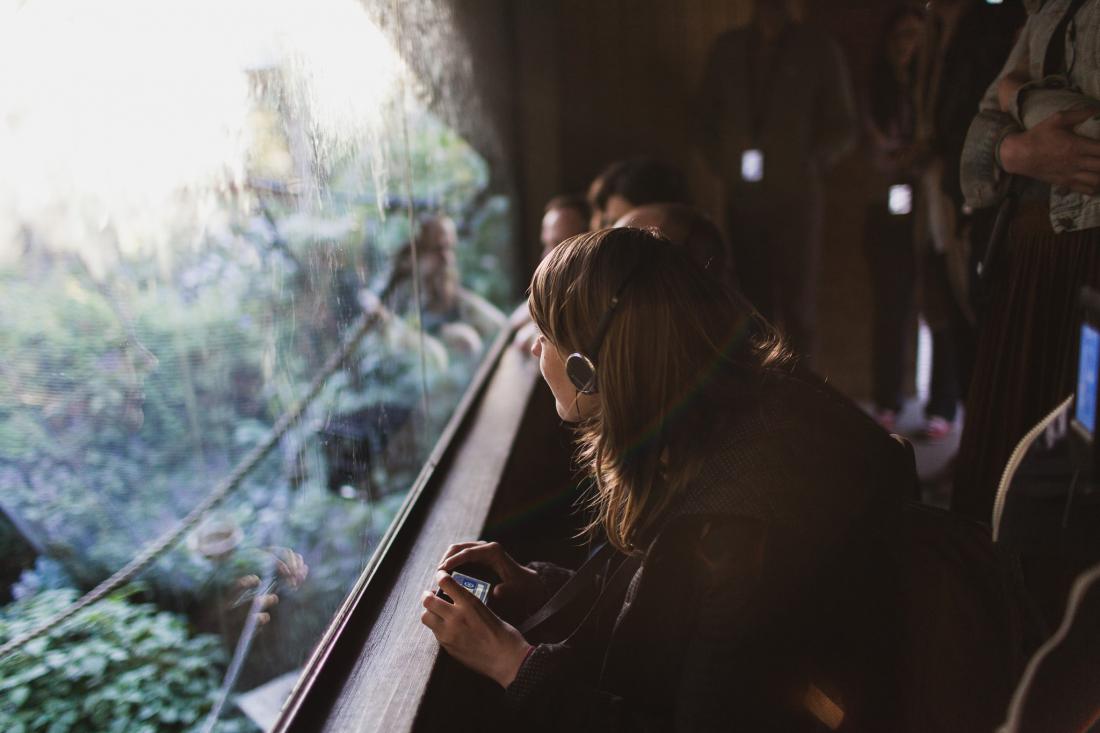 Our in-house technology was used for fleet management and content delivery. With this as our base, we addressed our key technical challenges.

Through these tours, Zoos Victoria was able to share its conservation message directly with young adults. And by capturing emails and encouraging social sharing, we spread it even further, providing the zoo with the platform it needed to continue meaningful conversations with the young adult market.