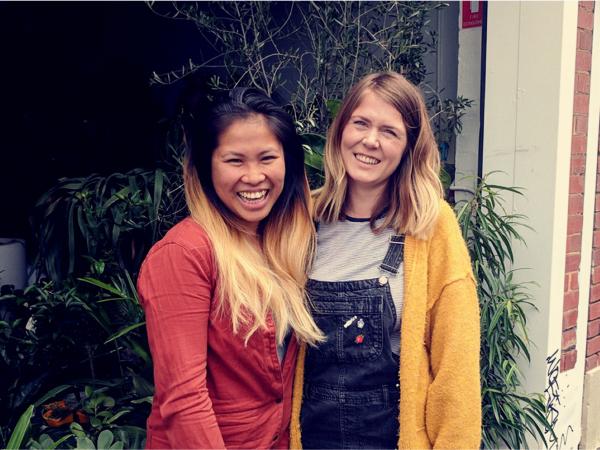 Founded in 2015 by Ally Watson and Vanessa Doake, Code Like a Girl is a social enterprise providing girls and women with the confidence, tools, knowledge and support to enter – and flourish in – the world of technology.

In November 2018, Art Processors collaborated with Code Like a Girl to present the second edition of DIY Monsters: a community workshop that gives kids with an interest in technology the opportunity to design their own personalised ‘monster’.

Led by Mel Huang, an interactive designer at Art Processors, the DIY Monsters event series began in early 2018 with a workshop series in collaboration with Media Lab Melbourne and City of Melbourne. This second edition of the workshop saw Art Processors, DIY Monsters and Code Like a Girl collaborate towards a shared goal of not only having more women in technology, but more women building technology. The result? A fun-filled, popcorn-fuelled day blending craft and technology at Art Processors’ new Collingwood studio. Accompanied by their parents and guardians, sixteen bright young eight- to twelve-year-old girls made their own monsters by sewing electronics, coding LEDs and recording custom sounds.

Art Processors producer Sara Savage caught up with Mel Huang and Ally Watson to hear about how it went down. 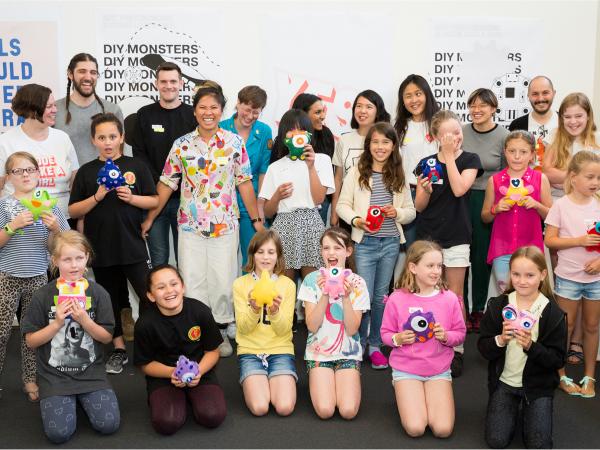 [This interview has been edited and condensed for clarity.]

Sara Savage — In one short sentence, how would each of you describe what DIY Monsters and Code Like a Girl are?

Ally Watson — Code Like a Girl is an Australian organisation that provides pathways to women and girls to enter the tech industry, and those pathways might look like an introductory workshop, a coding camp, an internship or an event.

Melanie Huang — DIY Monsters is an event series bringing together creativity and technology, where all the workshops are about that in-between blend: whether you’re interested in design, art, science or maths, coding is a tool you can use creatively.

SS — What is it about DIY Monsters that fits in with Code Like a Girl’s philosophy?

AW — Ultimately, Code Like a Girl and DIY Monsters are interested in the same thing: to diversify the technology workforce for a brighter and better future. If the same type of person is creating and building all of our solutions, it’s never going to serve a broad range of people.

A lot of us are tired of being left out of technology solutions; like the Apple Watch, which forgot to include a menstruation tracker in its first launch; I’m tired of airbags killing more women and children because they’re created and tested by a team of men. There’s so many examples of where technology discriminates, offends or even causes harm because it’s been built by one type of person.

What makes Code Like a Girl different to other similar organisations in Australia is we don’t just scratch the surface with the latest in the industry trends or use gimmicks, we focus on real stories from real people talking from lived experience.

SS — So there’s a common focus on skills-sharing and support?

AW — Definitely. And I think you can only get that when you’re addressing the problem from the perspective of someone who’s experienced it. 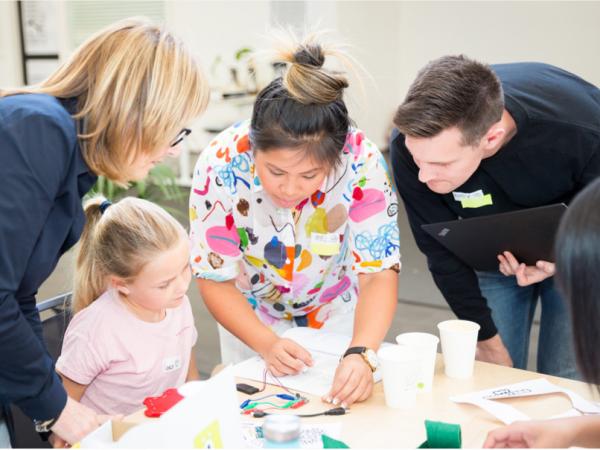 SS — Who are the women in tech, or women building tech, that you look up to?

AW — I didn’t really have any when I was younger, because I didn’t know anyone in technology! But nowadays some of the people I really look up to are people I’ve seen speak at various events: like Diane Greene, the founder and ex-CEO of VMware, which almost every developer in the world has probably used at some point. It’s such a cool piece of tech and I love that there’s a woman behind it. She’s also done so much more since then: she’s been on the board at Google and until recently headed up Google Cloud. I saw her speak recently and she’s very inspirational; she talks a lot about transferable skill sets and how an engineer can make a great CEO, for example. Someone else I really look up to is Linda Liukas, a Finnish programmer.

MH — I love her. I saw her speak at the National Gallery of Victoria when she visited Melbourne and she was incredible.

AW — She’s a breath of fresh air. She started Rails Girls, which is a very similar organisation to Code Like a Girl, but they focus on [web-app framework] Ruby on Rails, which has now gone global. She’s also an illustrator and author of a children’s book called Hello Ruby, which introduces young kids to technology but in a really creative way. She sees technology the way we do: as a paintbrush you can use to create whatever you want.

MH — Yes – one of the workshops she does gets kids making cardboard computers, so they can learn about all the different elements of what a computer does, but in an off-screen setting. She’s really in touch with her imagination and that’s what I love about her.

I also love Lauren McCarthy, artist and creator of p5.js, an open-source Javascript library based on the language Processing. She does incredible work to promote open-source programming and software literacy within visual arts . And she is so incredibly humble about it! Also Limor Fried, the founder and CEO of Adafruit – her voice and vision are incredible. She focuses both on the technical and imaginative side of technology. We use Adafruit’s Gemma M0 microcontroller boards for DIY Monsters and they really amp up the creativity of the workshops.

SS — How did the DIY Monsters workshop go in November?

MH — It was so good. Our first workshop was very small and we learned a lot: it had really great creative aspects that we didn’t want to lose, but we also wanted to balance that with some more technical elements. So for the second workshop we added more coding exercises and the Sound Lab, where they could record sound and integrate it into the ‘monster’ they were making. Seeing the kids doing that and sewing electronic circuits was amazing, just watching them turn this box of ingredients into these personalised monsters was so special. We had a lot of great feedback from parents and guardians as well, who don’t often have the opportunity to work on projects like this with their kids.

SS — It’s so important to have buy-in from families when engaging kids in tech. Ally, is that something you’ve found with Code Like a Girl?

AW — Oh, definitely. The number one factor in a girl choosing to study computer science after high-school is her parents’ encouragement. A big part of what Code Like a Girl does actually involves talking to parents at after-school events – that education piece for the parents is equally important.

SS — A lot of Art Processors staff members helped out on the day – particularly those with backgrounds in music or audio production. Was that a conscious decision for this workshop?

MH — In the first DIY Monsters workshop we saw some kids were hesitant to record their own voices – understandably so, as it was at a library, so there was no space to be silly. So we addressed that this time by having the second workshop in a more playful space at Art Processors’ new studio in Collingwood. 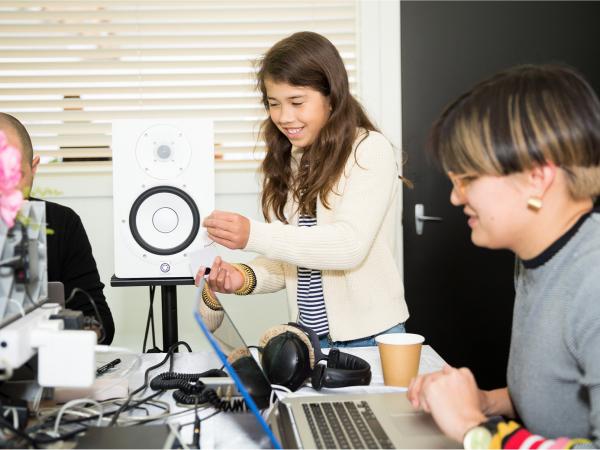 When I joined Art Processors, I noticed that almost everyone in the company has some kind of background in music or sound production that’s not necessarily linked to their jobs. With the help of Becky [Freeman, producer at Art Processors and musician performing as Sui Zhen] and Dan [Parkinson, Android developer at Art Processors] we created the addition of the Sound Lab for the second workshop. Becky volunteered to bring her sound equipment and set it up so the kids could synthesise their voices and hear it played back with ‘monster’ effects; while Dan created a personalised sound-reactive monster face for each participant. It was a hit, and some kids even wanted to record two or three different monster sounds! 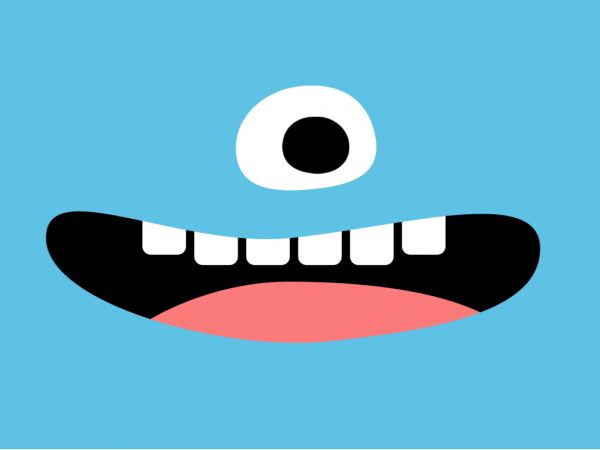 Play with your own monster here

Sharn Innes, our program manager at Art Processors, often talks about ‘STEAM’ and not ‘STEM’ – how art belongs in this conversation as well. And I agree it’s really important. I think it’s damaging to perpetuate the idea that you have to be good at science or maths to use technology productively: it can be a skill for everyone, and it’s important to change that dialogue. You don’t have to learn to code only to become a programmer – there are other applications for those skills.

AW — You’re so right. The idea that coding is just for ‘smart’ people alienates children – particularly young girls – so they ultimately disengage before they have the opportunity to flourish. We need to stop that stigma. Everything can be learned or taught.

MH — It’s funny because to me, coding is inherently creative, and I’ve always seen it like that, but so many people think it’s only for logical or mathematical people. The reality is quite different. Coding is powerful in so many creative settings.

SS — What’s next for Code Like a Girl and DIY Monsters?

MH — We’re looking to formalise not just DIY Monsters, but the suite of creative technology workshops we hosted in 2018. We’re so inspired by this space between art and technology and we want to share that with the community. By formalising our content, we will hopefully make it easier to collaborate and tailor them for specific audiences and interests to reach more people.

AW — [Code Like a Girl] tried and tested a lot of new things in 2018, so I think 2019 for us will be about simplifying and scaling. We’ve chosen three services we love that are really pure to our mission and are concentrating on them: our Coding Camps, our internships and our events.

SS — Sounds like we’re all waving our hands in the air saying, ‘we want more women to work here!’

AW — I think so. That’s the message we want to get out there: ‘everybody wants you!’ We’re so thirsty for diversity – everybody’s tired of male, pale, stale. 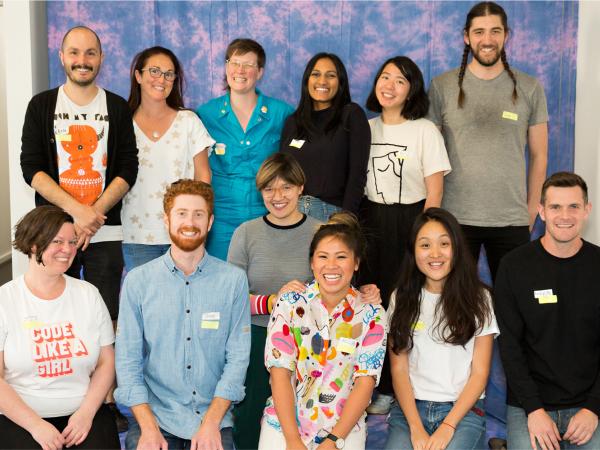