How to ‘hear’ an artwork

Where are you reading this blog post?
And what sounds can you hear as you read?

For sighted visitors to art galleries, the experience is usually driven by our eyes. Even when we add into the mix a typical audio guide, what we hear through our headphones is often less exploratory and more instructive, designed to shepherd us in a linear way through the artworks we see. It’s a tried-and-tested format, ripe for exploration — and every now and then, we meet a client who wants to push the boundaries of how an audio guide might stir and excite our senses.

The Art Gallery of New South Wales (AGNSW) is one of these clients. Art Processors producer Becky Sui Zhen Freeman had worked with the Gallery a few years prior on Conversations, an interpretive app for their multifaceted Asian collections. In 2018, Francesca Ford (manager, digital content at AGNSW) approached Art Processors and Becky once again to create a new kind of audio experience for an upcoming exhibition on Australian impressionist painter John Russell. The brief was ambitious: to produce a non-linear, exploratory audio experience that used music and sound to guide the visitor through the 120 paintings, drawings and watercolours on display.

For Becky, a musician, this project presented the perfect opportunity to create what she calls ‘functional music’ for a broad demographic. It also enabled Becky to undertake a unique dual role as both producer for the app and music coordinator for the audio component.

Becky lined up two Melbourne-based musicians to work with her on the music: Corin Ileto and Casey Hartnett. Together the trio composed, designed and produced the musical score for the resulting John Russell Audio Experience. The trio have since formed Natural Progression Studios to create music for cultural and entertainment purposes.

Writer, editor and Art Processors producer Sara Savage caught up with Becky, Corin and Casey to learn the story behind their collaboration for the John Russell Audio Experience. 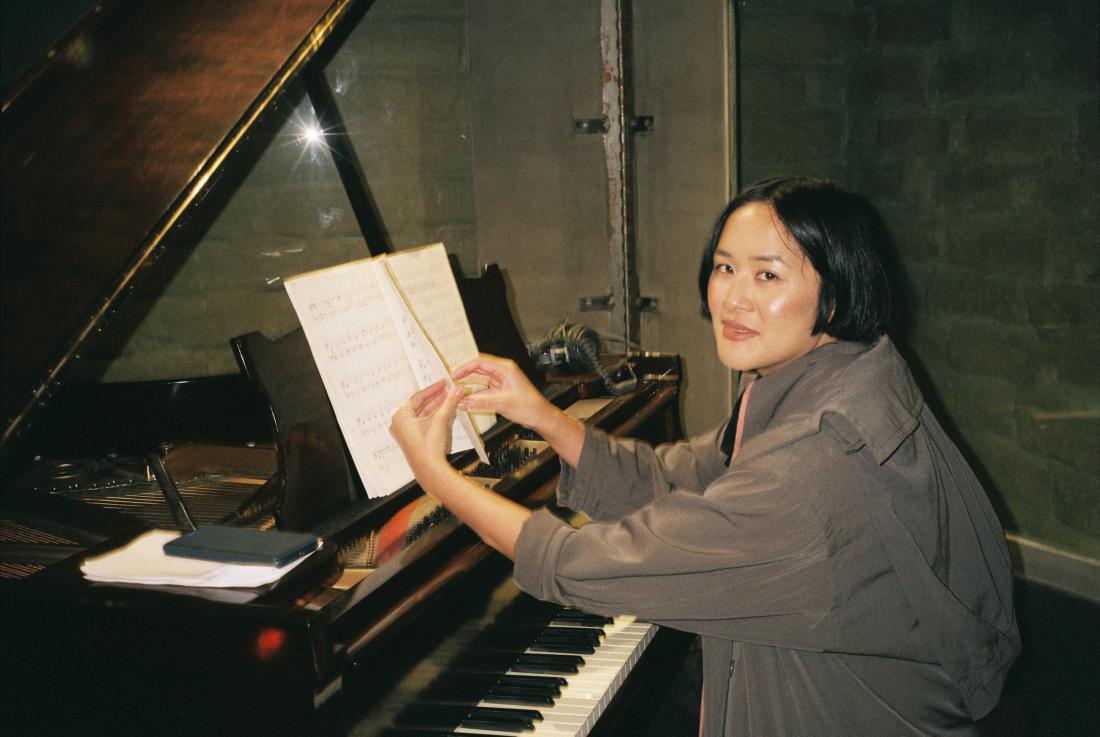 [This interview has been edited and condensed for clarity.]

Sara Savage — This project has been described as ‘a cinematic experience for the ears’, but there are also technical imperatives at play: the John Russell audio experience is a non-linear audio guide with complex, considered technology designed to let the content sing. How did you go about balancing these two elements?

Becky Sui Zhen Freeman — Sound, vision and narrative are the core elements of cinema, so it made sense to introduce that term to this project. It actually came from an early pitch of mine, and on commencing the project it quickly became important to form a common language and understanding around what we meant by it. Eventually we broke it down to storytelling and soundscapes: in this context, storytelling mode focuses on compelling narrative, an engaging voice and a musical underscore used to tell the story; while the soundscapes would focus on the details within the artworks. For example, a painter’s impression of a seascape could be accompanied by the sound of waves crashing, woven together with interpretive musical responses to the works.

I loved the challenge for both the technological and creative components to culminate in a cohesive audio experience. The idea evolved into a multi-dimensional score with three sound layers: specifically composed gallery music for each room in the exhibition; underscore music that plays beneath curatorial narration; and readings of letters, as well as sound effects. Each of these layers was placed spatially within the exhibition, so the sounds transition over the top of one another as you move between each room, depending on the specific zone you’re in. When the visitor selects an artwork on the screen, the narrative or letters would play. Each of these layers had a different duration – gallery music was around 10 minutes, narrative sound 1.5 minutes and sound effects 10 to 30 seconds. When you look at it that way, we effectively composed an album’s worth of material for the exhibition.

Corin Ileto — What intrigued me about the John Russell audio experience was the ‘choose your own adventure’ aspect of the technology, and also how the music could have the potential to guide the visitor in a really sensorial, emotive way.

BSZF — One interesting fact about the sound effects was that during testing, we realised that because the John Russell exhibition works are predominantly painted en plein air, we could create exterior audio scenes like seasides and pastoral fields. For his drawings, we used pencil scratching sounds that seemed to work but ultimately conveyed interior spaces – a chair squeaking or even footsteps were suddenly disorienting to hear once in the gallery. The nature sounds were much better suited to the mood of the exhibition. In this way, the artworks really informed our approach to the sound.

Casey Hartnett — Galleries are so often visually orientated spaces, with the architecture preferencing white-cube style designs and the resulting acoustics typically loud and highly reflective. In a large, busy place like AGNSW, chatter and footsteps echoing through the space can detract from encounters with smaller, more intimate paintings like those of John Russell. The simple act of blocking this out with headphones can help bring focus to the artworks, and the addition of a soundscape can reinforce or guide the moods, ideas and environments they elicit.

The AGNSW curators designed the exhibition with an intended flow for how the audience might experience it, but there’s really no way to control or predict what people will do once they’re in the space: some people will spend twenty minutes in one room where others will spend two; a person might get halfway through then go back to the start to meet a friend; some artworks might be more busy than others so you have to wait; or maybe someone will complete the whole circuit in reverse. All of these scenarios needed to be considered when composing the music – we want them all to have an experience that is affecting, seamless and cohesive. Ultimately, we didn’t want the visitor to notice the technology and the way it was facilitating playback of music and sounds. We wanted it to be immersive. 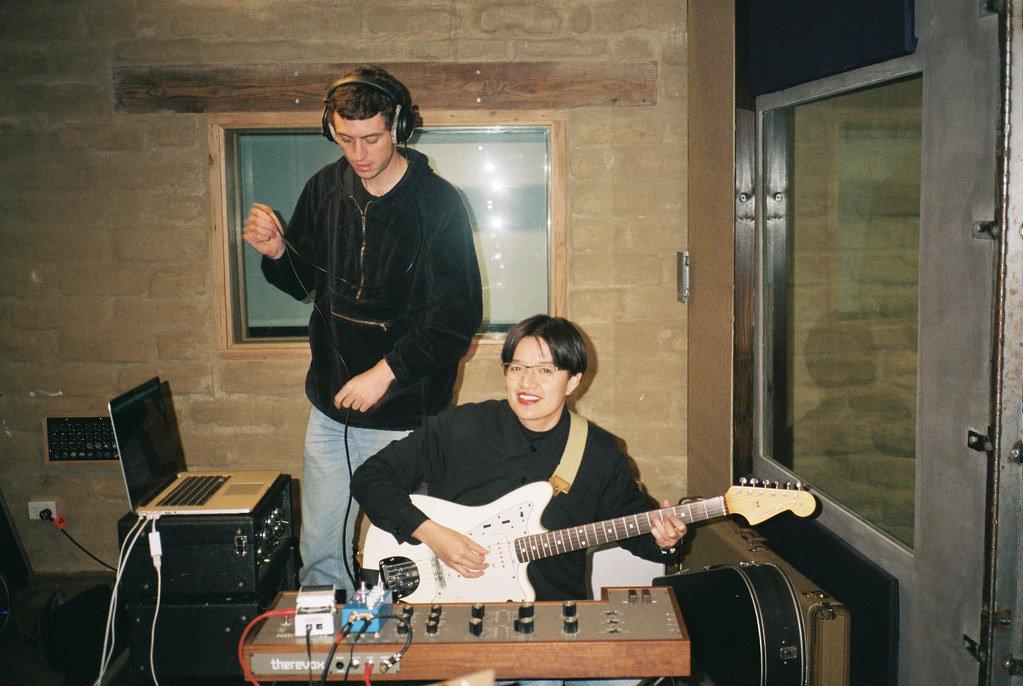 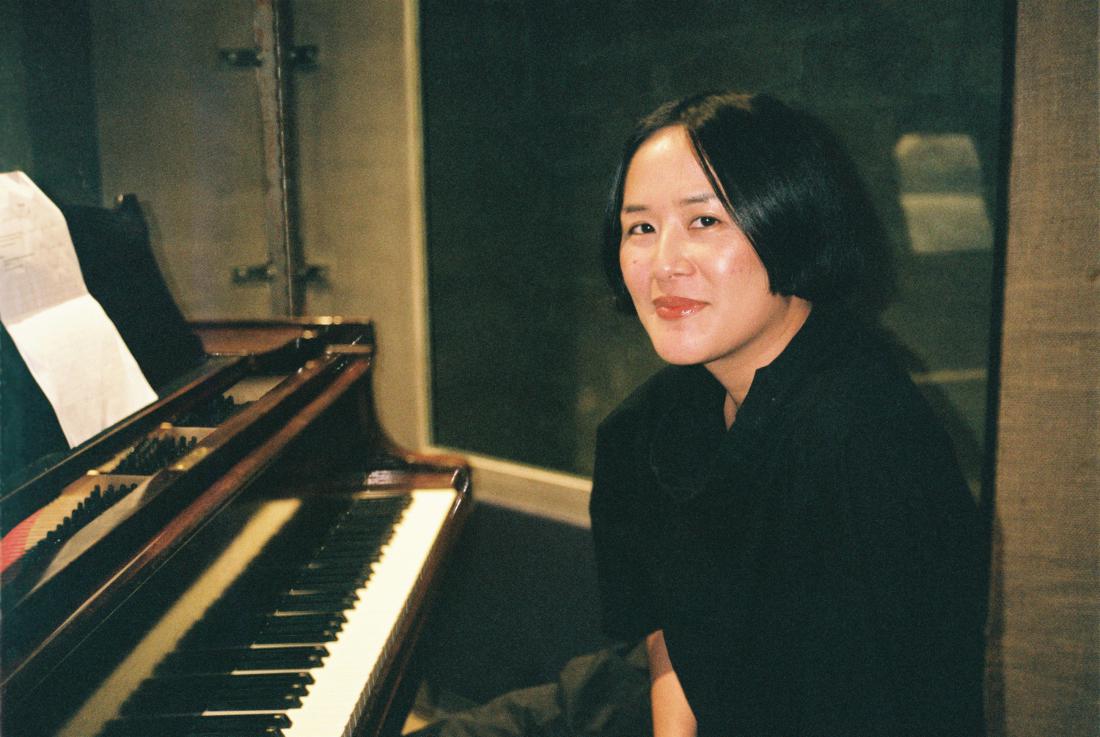 SS — How did the composition process take shape?

BSZF — Initially I had envisioned Corin being the primary composer, calling on her classical training and using the familiar sounds of the piano as one of the main melodic instruments. We wanted to appeal to AGNSW’s broad demographic and to strike the right balance between traditional and contemporary atmospheric or ambient music. The original brief I put together drew on some of the defining characteristics of Debussy’s ‘La Mer’ to inform our composition. We wanted to embellish the sonic landscape and narrative elements (like letters and stories) with something that was intricately tied to the paintings in the exhibition.

CI — Reading Becky’s brief, it became apparent that the music would have two primary functions. Firstly, to create some historical linkage between the music and artwork, whether through compositional style or through instrumentation from the period. When I was at the Sydney Conservatorium of Music, I studied and performed a lot of piano repertoire by French composers from the Impressionist period including Claude Debussy, Erik Satie, Ernest Chausson and Gabriel Fauré. Their style of composition has actually influenced the way I improvise and compose, so this felt like an interesting opportunity to draw on those references and to exercise my skills in piano improvisation. The second function of the music would be to create a sonic mood that not only corresponded with the artworks and any spoken text, but that also conveyed a certain type of ambience suitable for listening on headphones and for a broad audience.

BSZF: For our first rehearsals Corin suggested we bring some instruments and approach it more like a jam. I would read aloud the script being developed by Jackie Dunn and Wayne Tunnicliffe and in Casey’s studio we would respond with our instruments. This worked to get initial drafts produced so we could share them with AGNSW and get feedback on the musical style.

CI — This improvised approach really formed a lot of the foundation of the music. There are definitely elements that draw on Debussy’s compositional style – you can hear it in the use of parallel and pentatonic harmonies in the main piano theme I composed for the beginning of the audio guide – but I think we also diverged from these structures, exploring our own interpretations of the artworks. One of the gallery rooms has some really beautiful pastoral paintings, so to complement this room we ended up improvising a 10-minute composition with guitars and flute synthesisers in a sort of 1970s, new-age ambient, electronic folk style (I think we were listening to Joel Vandroogenbroeck & Imme Atwood’s ‘Sound Colours’ at the time). Overall, I think the music we made reflects the key aspects of John Russell’s work and the Impressionist period through the use of textural elements, the lack of a dominant ‘theme’ in favour of loose, improvised passages and cascading, cyclical, slowly evolving motifs.

BSZF — Eventually Casey and I travelled to Sydney with a mobile recording setup to produce the curatorial interviews you hear with Wayne Tunnicliffe. This process was iterative, much like radio documentary production – we would later improve and refine in our subsequent work on the Masters of Modern Art Audio Guide – and part of our role was to introduce a new kind of delivery style to the curatorial staff. Lastly, the letters you hear were recorded at Sonar Sound – a frequent collaborator of Art Processors – who had the task of recording our voice actors, with Hugo Weaving playing the role of John Russell and Rupert Degas voicing Van Gogh and Monet.

Screen capture of the John Russell Audio Experience app in use

SS — How do you feel about the final outcome?

BSZF — I’ve been told many people loved the experience, plus personally it’s one of the most enjoyable projects I’ve worked on. I loved the opportunity to make ‘functional’ music – it felt very utilitarian and yet also artistic. The app also offers the option to listen without music, so visitors can turn it off and listen to narration only if they choose.

CI — It’s been super exciting to work in this kind of environment. I think there’s a lot of potential for this kind of auditory experience in art galleries, and I feel we were able to make something that really responded to the original brief.

CH — In the visitor feedback we saw, a lot of people said they spent longer amounts of time with the artworks then they otherwise would have, so I think the experience connected with people and assisted them in having a deeper level of engagement with the exhibition.